A year and a half has passed since the de Blasio administration took over the Department of Education, assuming control of 1,800 schools, 70,000 teachers, and 1.1 million students. Within months of taking office, Mayor de Blasio negotiated a generous new teachers’ contract, laying the groundwork for what has been a cozy alliance with the United Federation of Teachers. Since then, with his schools chancellor, Carmen Fariña, at his side, Mayor de Blasio has turned his attention to school quality. With much media fanfare, a patch-work of ambitious-sounding new programs has been announced. Formerly significant issues like school accountability and teacher evaluations have been watered down or ignored. Throughout, Mayor de Blasio’s disdain for charter schools has been loud and clear.

Unfortunately, the Mayor’s education agenda falls short where it counts the most - ensuring that New York’s children have access to great teachers and schools. Instead of using his mayoral control of New York City’s schools to improve the quality of teachers in classrooms, Mayor de Blasio has floated union-friendly initiatives that lack substance. Instead of facilitating the growth of high-performing alternative school models, Mayor de Blasio has continually opposed and obstructed their expansion. It’s clear that de Blasio’s loyalty to the unions and their brand of school reform have left the city’s schools in a sad state. 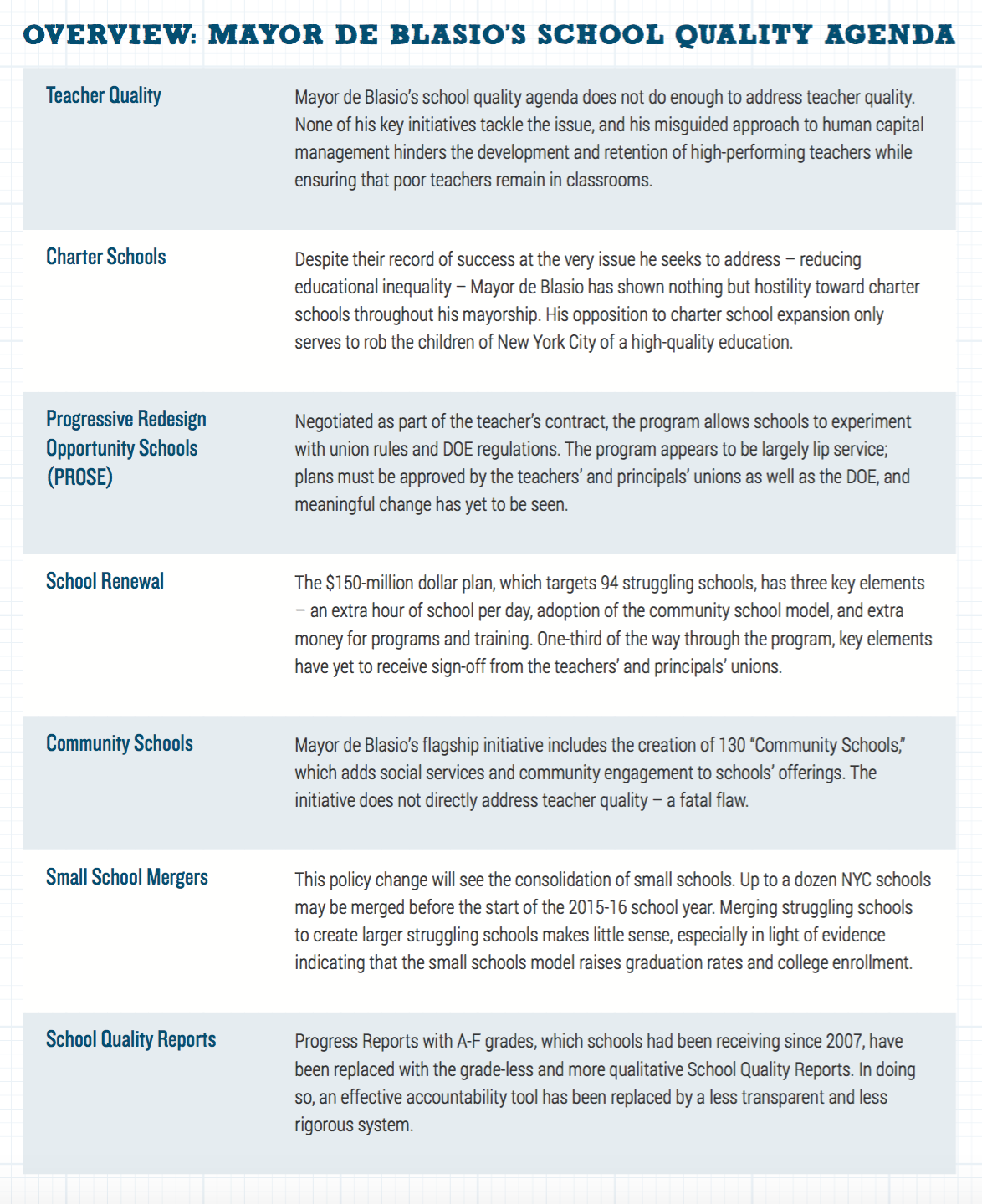