Results from the 2015 New York State ELA and math tests are expected to be released in the coming days, and these scores will help provide insight into how public schools in New York are performing. The state’s shift to higher standards and increased accountability has brought about a much-needed focus on student achievement. No longer will those responsible for educating our children be able to hide behind weak assessments that provide a false sense of security. To be clear -- the pressure that educators now feel to help students succeed is a good thing. We must not allow the recent misconduct of adults in New York City to obscure this basic fact. The public school school system is moving towards a model that ensures equity and accountability -- so that all children are provided with the quality education they need to succeed.

Common Core-aligned assessments, now in their third year of implementation in New York State, were administered to third through eighth graders this April. The new state tests were first introduced in 2013 and replaced the older, too-easy tests that claimed 55% proficiency in ELA and 65% proficiency in math in 2012 state-wide. As predicted, the first year of assessment against the new, more rigorous standards recalibrated baseline proficiency levels, and a significant drop was logged for New York State’s students. With the strengthening of standards, it became apparent just how many students fell below the bar.

New York City was no exception; ELA proficiency fell to 26% city-wide in 2013, and math proficiency clocked in at 30%. Encouragingly, gains in both ELA and math were seen in the second year of the new tests, as teachers and students in New York City became familiar with the new academic standards aligned to the Common Core. For the first time in many years – and after a decade of ambitious school reform – New York City’s schools approached state-wide performance. Proficiency rates increased by two percentage points in ELA and four percentage points in math across New York City. Even better, these gains were evident for students from the neediest backgrounds. Growth in proficiency between 2013 and 2014 for black and Hispanic students as well as students with disabilities and students in poverty outpaced the city average in ELA and Math.

These gains are particularly heartening given the intent of standardized testing – to ensure that New York’s schools are serving all children, regardless of zip code or individual characteristics. The Common Core-aligned assessments act as a quality control check that holds accountable schools failing to educate the neediest of children. Shining a bright light – however uncomfortable – on the achievement gap between disadvantaged students and their more affluent peers ensures that no children are ignored and that the educational rights of vulnerable children are protected. Similarly, the Common Core State Standards, now in year five of a seven-year phase-in, are essential for establishing equal opportunity for students by ensuring that all children are taught to the same high standards and held to the same demanding expectations.

The gains evident from the 2014 Common Core State Assessments are important, but more progress must be achieved. Approximately 35% of all children and upwards of 40% of black and Hispanic children scored in the Level 1 range for ELA and math in 2014. That’s an unacceptable number of children who are measuring “well below proficient” in standards for their grade level. Dramatic progress – which comes as a result of bold action and powerful leadership – must be made if Mayor de Blasio and the New York City Department of Education wishes to live up to its obligation to these children. 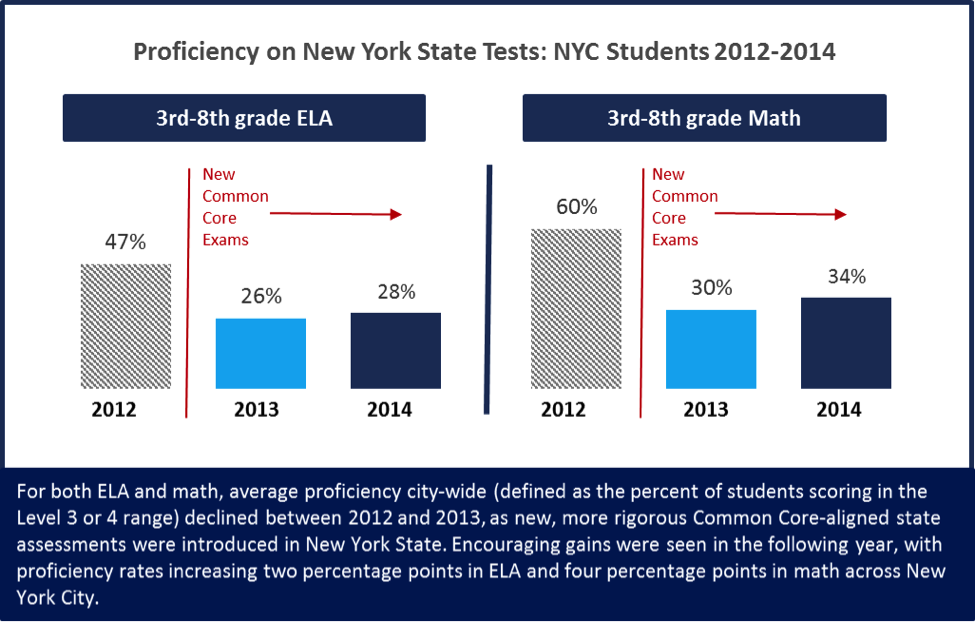 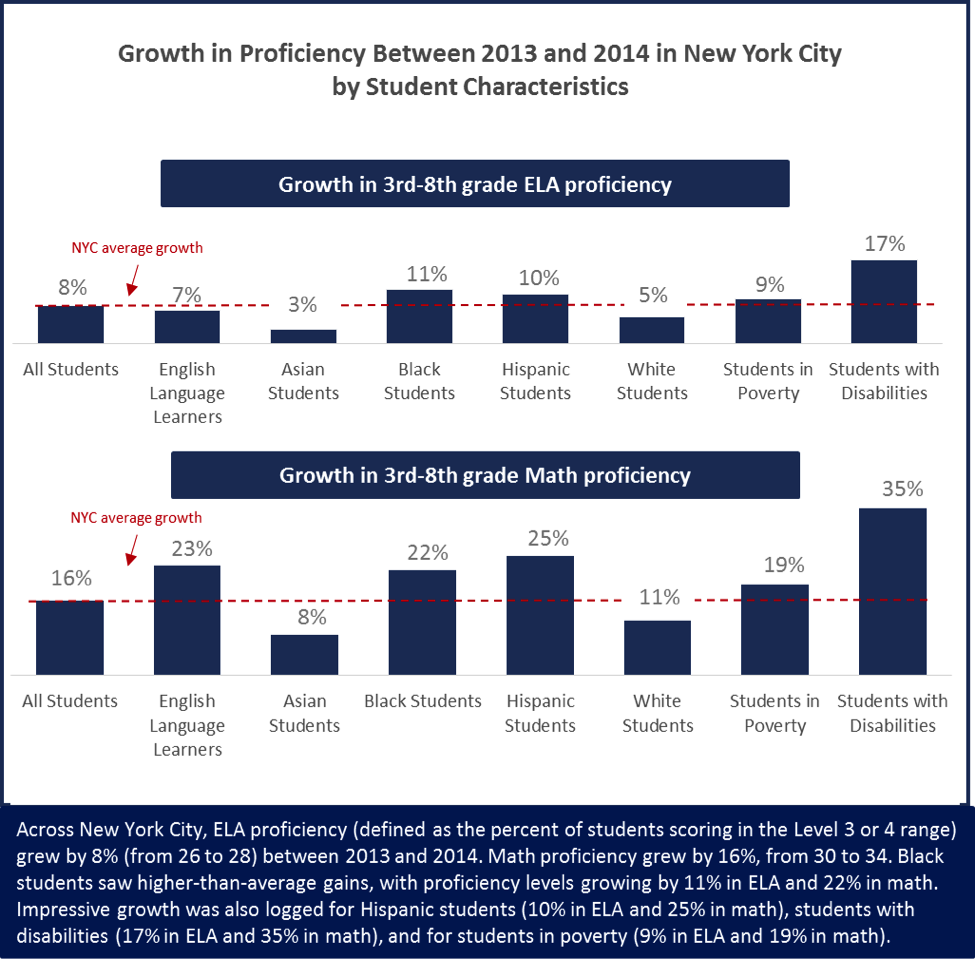 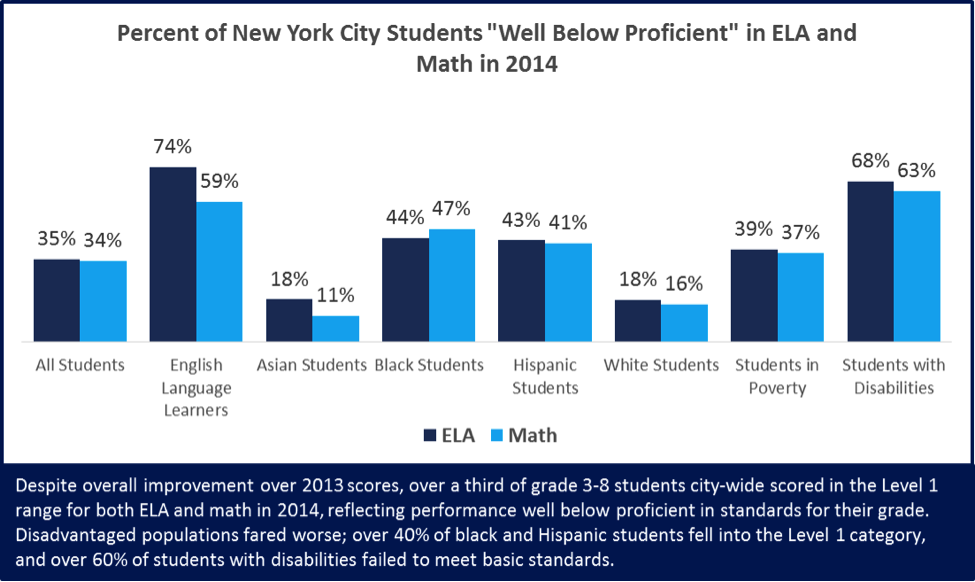