To hear Mayor Bill de Blasio tell it, New York City’s failing schools are few and far between, and improving quickly. Better yet, New York City’s students are passing their math, science, social studies, and English courses with flying colors. In reality, hundreds of schools – and the majority of students – are failing state tests, a truth that is masked by rampant grade inflation within NYC Schools. This report reveals that schools across the city are misleading parents by giving students high marks on school coursework even though the students are performing below grade level. The vast majority of students are passing their classroom work while failing state tests. The findings of this analysis underscore why state test results play a critical check and balance function – it’s only by reviewing both school coursework and state test results that parents have the full picture of how their children are performing. To address this across-the-board grade inflation, StudentsFirstNY is calling for an independent audit of school coursework in NYC public schools to ensure that it is on grade level.

In schools where students appear to be excelling on coursework, less than 10% are passing state exams. 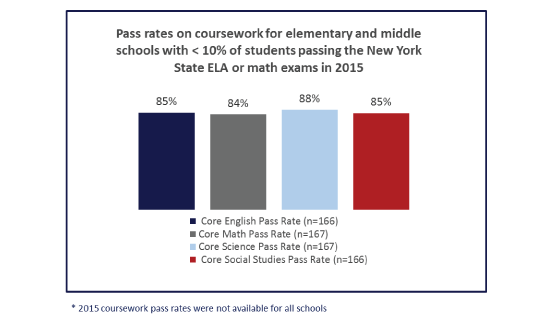 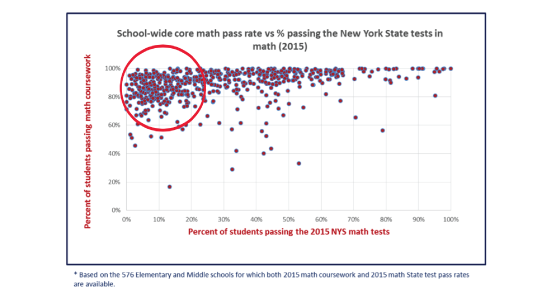 The same story is true for English Language Arts coursework across the city. 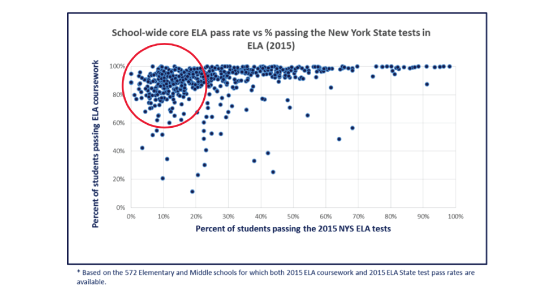